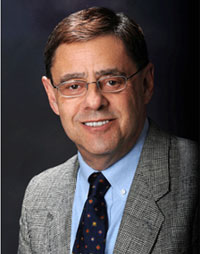 In addition to co-writing “Brown. Thurgood Marshall and Earl Warren: A Conversation,” Steve co-wrote “And on the Eighth Day: Bryan v. Darrow,” which is an award-winning play about the 1925 Scopes Trial, debating the issue of Evolution versus Creationism. In addition, Steve along with co-writer Michael Ullstrup, penned “A Fireside Chat: A Conversation with Franklin Delano Roosevelt,” which had its world premier at the FDR Presidential Library in 2011.

Besides his academic credentials as a tenured professor over the past twenty-five years, Steve is also an award-winning playwright and broadcast producer. His broadcast experiences include serving as an executive producer for an affiliate of National Public Radio and Wisconsin Public Radio, as well as news anchor and investigative reporter for a CBS Television News affiliate.

Steve is also the President and Chief Executive Officer of the not-for-profit Brown-Ullstrup Performing Arts Foundation.